All Hail The Queen Bee

The leader of the pack. The alpha female. The heart and soul of the colony. Bow down … it’s time to learn about the queen bee! 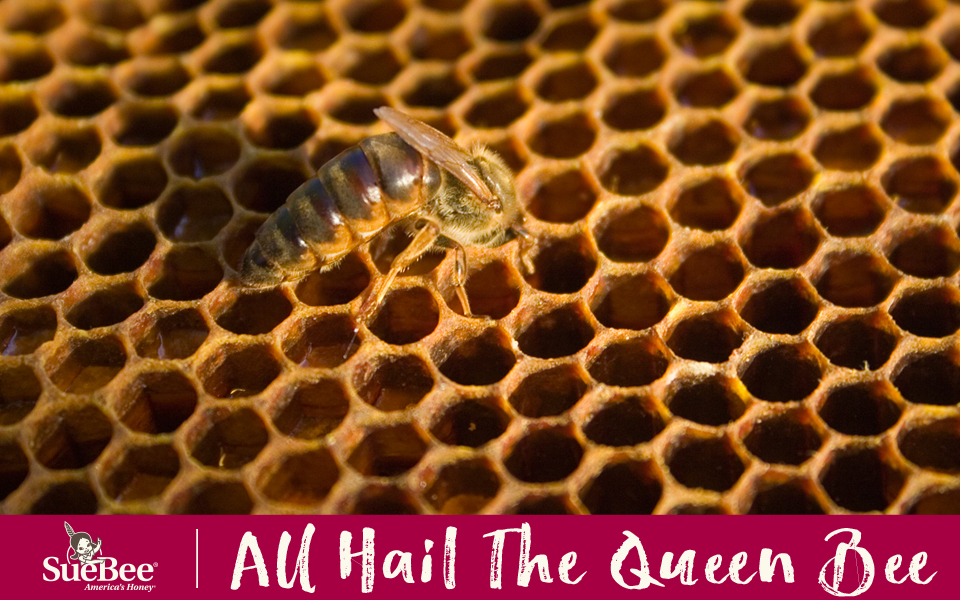 The queen bee: What makes her so special?

Out with the old, in with the new
As one queen’s reign is coming to an end, she lays eggs into their own individual queen cells. These potential queen larvae are fed royal jelly – the protein secretion from the heads of young worker bees. After about eight days, the queen bee larvae develop into pupae, and the worker bees cap off their shells with beeswax. After about 15 more days, a queen bee emerges by chewing a hole in the shell. After doing that, her first priority is to destroy any other potential queen bees. She slashes open their shells with her stinger or calls them into battle. After destroying the other potential queen bees, the new queen seeks to eliminate the old queen if she is still present in the colony. Usually the old queen will have died or left the colony already, but in the unlikely event that she is still there, there would be a fight to the death.

The mating flight
Once she is the ultimate ruler of the colony, the queen bee needs to mate. She flies out of the hive to mate with drones, using her scent to attract several male bees to her. The queen and drones mate in midair and the drones die soon after. She stores the spermatozoa in her spermatheca – her reproductive storage sac – and will release the spermatozoa to fertilize eggs throughout her life.

A life like no other
After the mating flight is complete, the queen returns to her colony to carry out her tasks. The queen’s responsibilities: producing chemical scents (pheromones) that regulate the unity and organization of the colony and laying lots of eggs, anywhere from 1,000 to 1,500 per day. Female bees (worker bees) are produced by fertilized eggs and male bees (drones) are produced without the release of spermatozoa from the queen’s storage sacs. The queen has to lay that many eggs because worker bees only live approximately six weeks in the summer and a colony needs 40,000 to 50,000 bees at its peak. As the queen focuses on her daily tasks, her every need is met by her group of attendants, including feeding her and removing her waste.

Every ending is a new beginning
The queen bee can live up to five years but the average lifespan is usually two to three years. As a queen bee ages, her egg production decreases, which will lead to decreased honey production. Pheromone production also decreases, which leads to a breakdown of colony communication. As the queen’s reign ends, whether it’s due to her old age, space constrictions or her unexpected death, worker bees quickly determine that their colony is in need of a new queen and the whole process begins again.