It’s no secret that honeybees are one of the most important species in protecting our ecosystem. Let’s take a deeper look at the direct and indirect impact that honeybees have on our lives and what our planet would be like without them. 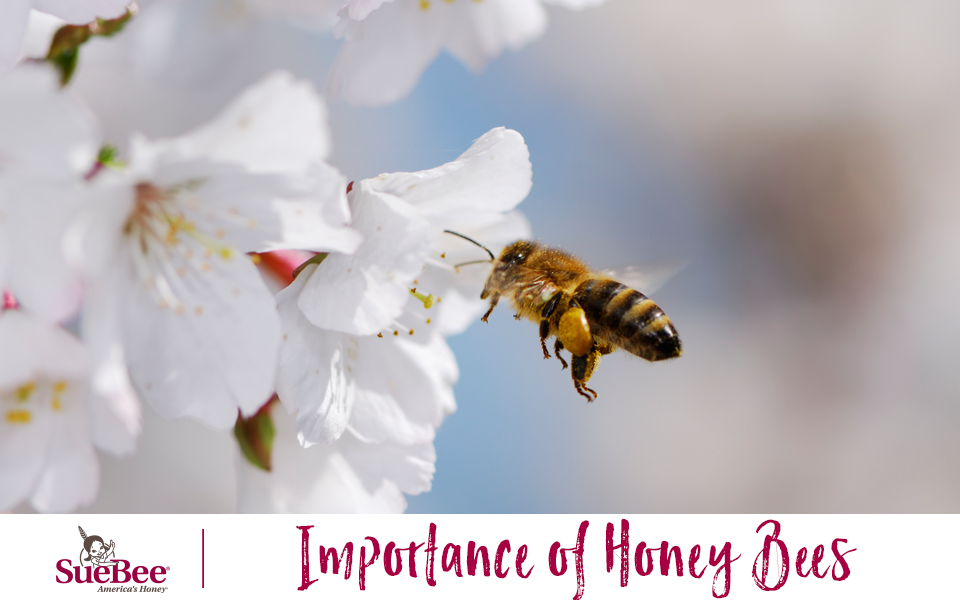 Honeybees have been used for agricultural purposes for longer than you may think. According to melittologist (studier of bees) Eva Crane, people have been keeping bees since as early as 20,000 B.C. There are even ancient Egyptian pottery designs that portray honeybees and honeycombs!

In the U.S., historical records indicate that honeybees were shipped to the country from England as early as 1622 – further illustrating the importance these wonderful creatures have played in our agriculture industry for generations.

Think of honeybees as nature’s natural farmers. You may not even realize it but, according to the U.S. Department of Agriculture, one out of every three bites you eat directly or indirectly depends on honeybee pollination. Without the honeybee, nearly one-third of our food supply in the United States would be gone. This potential reduction would have global effects too as it could result in a population decline throughout the entire world. To help prevent this reduction, there are plenty of ways you can Support the Honeybee and Other Pollinators such as Bee-Friendly Gardening and reducing your use of harmful pesticides.

To understand exactly how important honeybees are to U.S. agriculture, consider the facts:

Alfalfa, another crop that is pollinated by the U.S. honeybee, plays a crucial role in keeping our environment healthy. Researchers have claimed that the extinction of just one animal has the potential to create a “domino effect” that could result in the extinction of many more species. Because alfalfa is the main food source for dairy cows and a secondary food source for beef cows, sheep and horses, the decline of alfalfa yield could be a devastating blow to the dairy and beef industries. Without enough alfalfa to feed livestock, they could become endangered or even extinct.

Humans, animals and plant species alike all depend on honeybees in some way. And, while it’s important to understand the effect that humans have on honeybees, it’s even more important to know that you can help!